The European itinerant biennial Manifesta passes through Marseille for its 13th edition. In its wake, many artistic events are taking place, such as the exhibition Signal - Espace(s) Réciproque(s), which is being held at the Friche la Belle de Mai from a proposal by the Centre Wallonie-BruxellesMai. 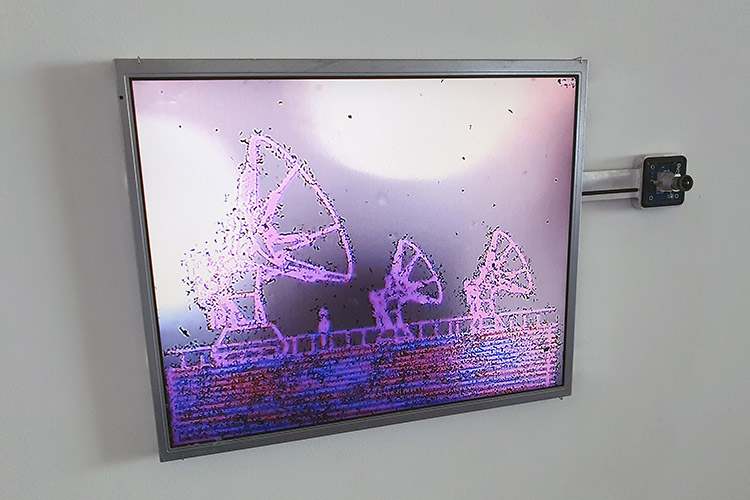 Signals, whatever their nature, imply that we deal with them in the same way as we do with information and communication technologies. These technologies are at the heart of Julien Maire's work, whose installation Composite welcomes us at the entrance of the exhibition space located in the Friche la Belle de Mai's panorama tower. A mysterious device whose function is unknown, is surrounded by screens. On one of them, we perceive antennas looking for signals coming from far away, hence from the past. It is by understanding that the device in question is a micrometric engraver that we realize that the drawings displayed on the screens have been engraved on the surfaces of the micro-camera sensors. The artist, whose attachment to capture techniques is well known, subsequently reactivated the cameras so that they filmed the space of the installation. We thus enter punctually into the images of the work whose video signals are augmented by drawings that alter them. 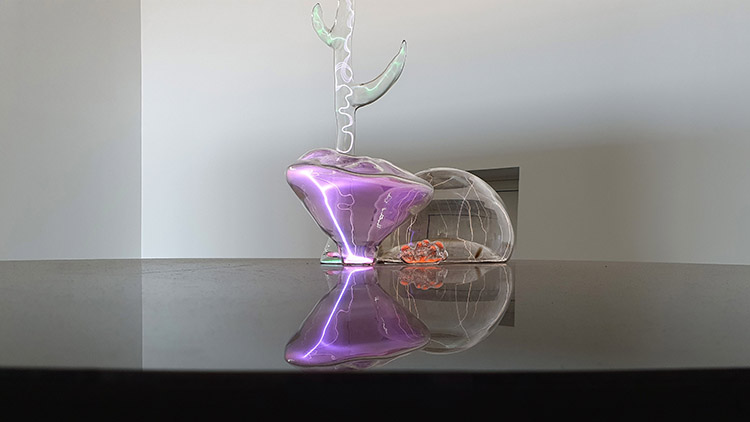 Claire Williams' light installation Zoryas, electronic activity of the sun also has an experimental aspect, as its appearance calls to mind the scientific apparati of the 19th century. The show is performed inside organic shaped glass containers. The energy that unfolds inside the containers is a display of the ionization of noble gases by magnetic fields. In visual art as in natural sciences, observation is an essential step, where wonder is conducive to both imagination and understanding. The phenomena that the artist activates appear without scale for those who agree to immerse themselves in the work. The sound accompanying what happens before our eyes is also perceptible through the bone conduction of our elbows resting on the experimentation table. This is how Zoryas expands our imagination to the cosmos, where phenomena occur that we cannot yet explain because we have not yet observed them. 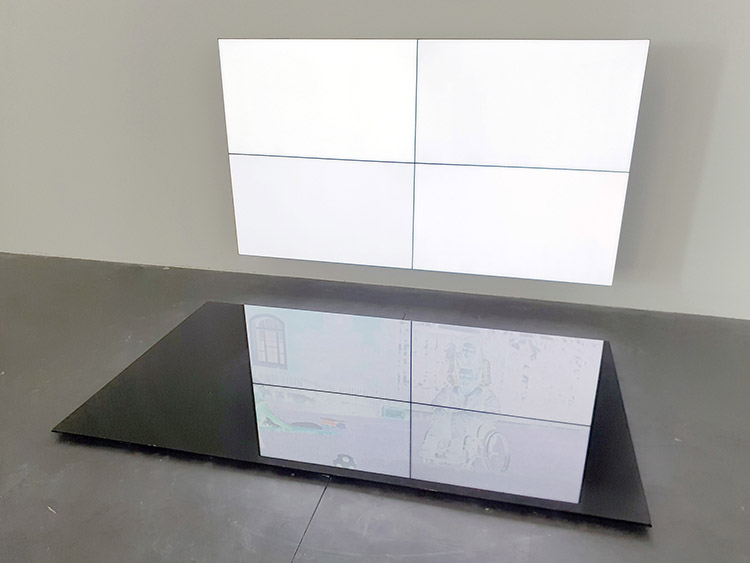 One of the themes of this exhibition is the invisible, which is particularly well represented by Emmanuel van der Auwera's installation Vidéosculpture XIV (Shudder), because the screens that comprise it do not allow us to visualize the images – which are film archives - that they nevertheless broadcast. The sequences are in fact transmitted by a black shimmering surface located on the ground that reflects them. In the 17th century, the painter Claude Lorrain used to observe the world through such a device, which was referred to as the ‘Claude glass’. For reality, sometimes, must be observed through stratagems. This is what scientists, in their observation practices, will confirm. The Belgian artist's video sculpture thus approaches the question of point of view, dear to painters, associated with the use of filters as they are used in photography and, by extension, in cinema, which Emmanuel van der Auwera only seeks to extend. 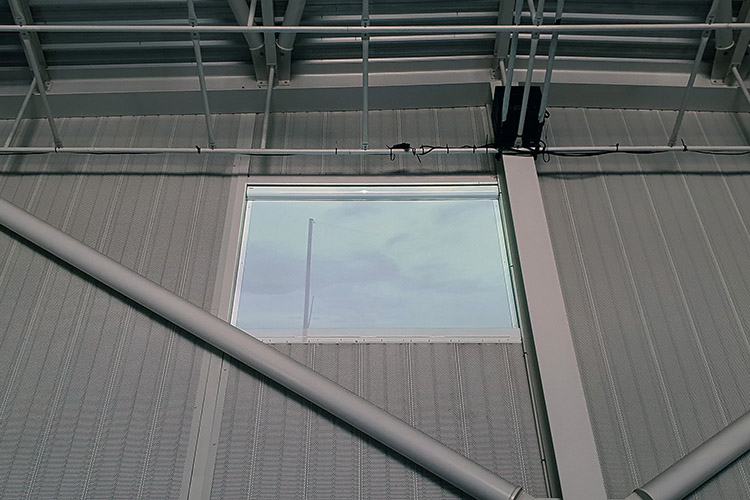 The question of point of view is omnipresent in this exhibition, even in its scenography. Spectators must indeed scrutinize the space well beyond their usual field of vision to locate all the creations presented there. Even so, there is nothing extraordinary about presenting a flag high up, as is the case with Edith Dekyndt's flag. And it is on its pole that the flag can be seen in the video sequence that documents it. For what seems to float in the wind is transparent, and the artist associates this form of invisibility with John Cage's work on silence. The eradication of all the colours of such a flag distances it from the nations it usually represents. By a radical act, this minimal flag thus becomes possibly that of all the countries of the world. A certain idea of living together that politics frequently refutes, but which would still have its place in the sphere of art, and more broadly of ideas. 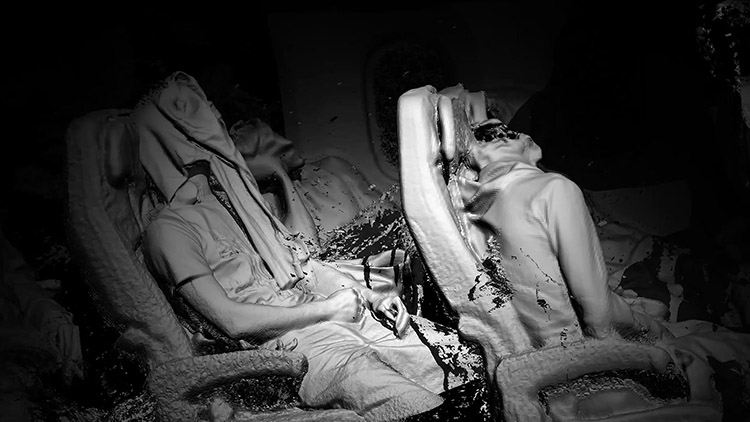 Finally, among the twenty or so works presented with this idea of observing the world differently, there is the video installation entitled Under Automata. Produced by Eva l’Hoest, this new genre of film was not shot with a camera but captured with a scanner. It shows people sleeping in the extended duration of a long-haul flight. Slowness and torpor are apparent and nothing more than an interminable wait are all that is happening. The process used fuses the bodies distorted by the lack of information with the seats in the front row. Only the lateral traveling of an endless corridor is cinematic. For their part, the images are more about computation than about the lens. Cinema, from the very premises of its invention, is irremediably linked to the technologies that organize its regular mutations. Here again, it is a form of expanded cinema that emerged from the use of video, whose images from the beginning have been broadcast by a signal.

Augut 31, 2020 - Written by Dominique Moulon and translated by Geoffrey Finch.