The exhibition Real Feelings - Emotions and Technology at the Haus der elektronischen Künste (HeK) in Basel brings together installations of around twenty artists. The idea: to reconsider the notion of feeling in this ‘technological’ society of the spectacle. 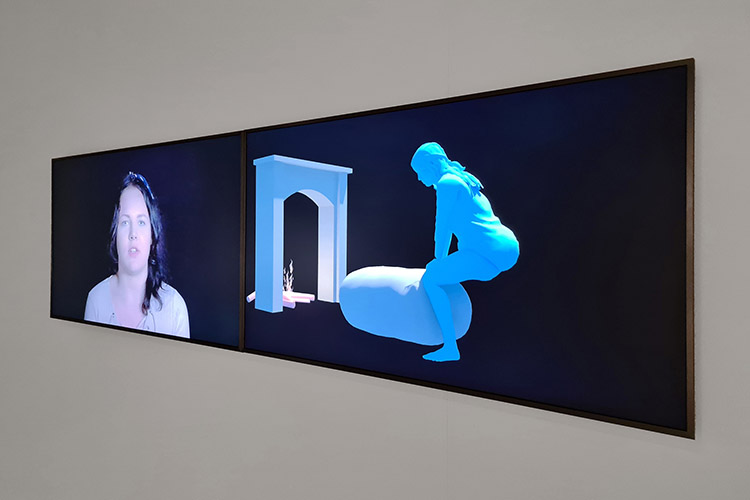 In the 20th century, the film industry largely monopolized the representation of human feelings, whereas in the 21st century, the video game industry engages our emotions through participation. At least that is what Ed Fornieles is trying to demonstrate with his video installation Test Studies in which three-dimensional simulations of a role-playing game are juxtaposed with the emotional comments of those who experience it. In 2017, the young woman speaking to the camera about one of the apocalyptic scenarios imagined by the British artist explains: "As the sick people started to pile up and the emergency hospitals couldn’t take it anymore, the panic started to set in. And as people started to get really sick and die, I think that was the point it hit home: Hey this is not just a normal kind of flue that is going to come and pass over”. Strangely premonitory. In 2020, when we are obliged to wear a mask at the rare artistic and cultural events that have not been cancelled, such as Art Basel, the player's words resonate differently in our minds. In this international pandemic that continues to frighten us, emotions about a simulated epidemic have become widespread. 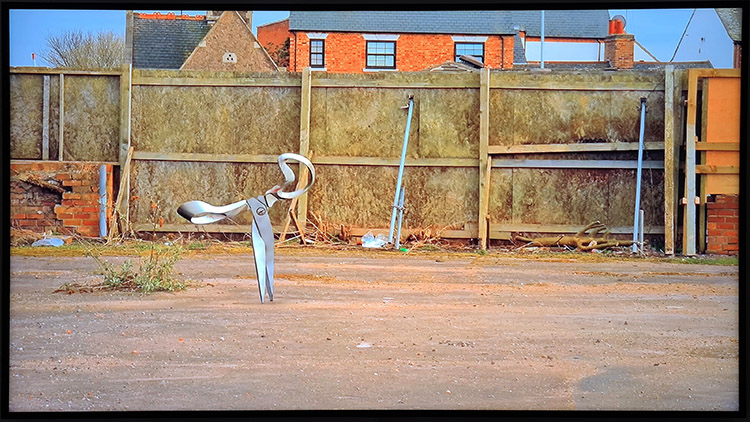 The three-dimensional aesthetics of video games can also be found in the film sequence How happy a Thing can be by Cécile B. Evans. Here, everyday objects - a pair of scissors, a comb and a screwdriver - are literally animated by emotions: the scissors’ dance in the middle of a wasteland is strikingly virtuosic. The strangeness of the situation inevitably summons up surrealist painting, although we can go back to the writings of Alphonse de Lamartine: "Inanimate objects, do you therefore have a soul attached to our soul and the strength to love?” Today, it is innovation companies that are trying to give life to the smallest of objects in our environment by connecting them to each other so that they can be given, at last, some ‘intelligence’, if not relative autonomy. 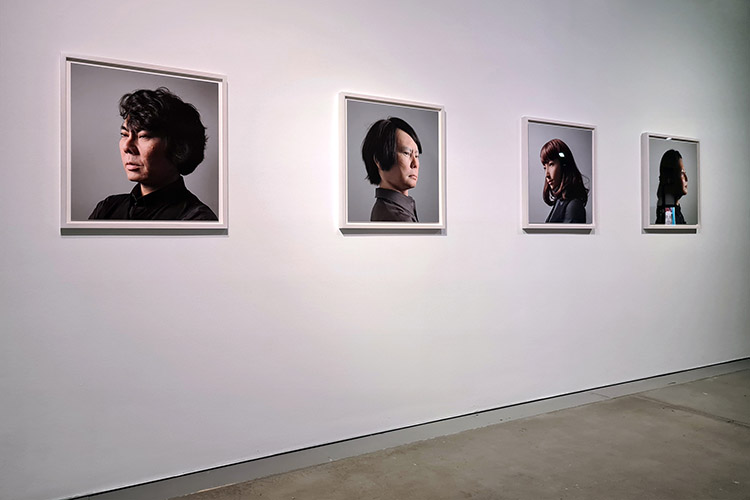 Finnish artist Maija Maija Tammi the research laboratories of Japanese professor Hiroshi Ishiguro, whose anthropomorphic robots are well known. The result is a series of four photographs whose title, One of Them Is a Human, engages the public in detecting the human from the non-human. What is disturbing is that these are not computed images, but photographic snapshots. And it must be acknowledged that the distinction is difficult to make. A difficulty that is not likely to comfort us in our idea of our specificities in relation to robots. As the four faces are equally inexpressive, it is the lack of emotion in the human being surrounded by machines that is intriguing here. Fiction having accustomed us to consider the evolution of robots in our company, it is now time to consider the changes in our behaviour when we are surrounded by machines. 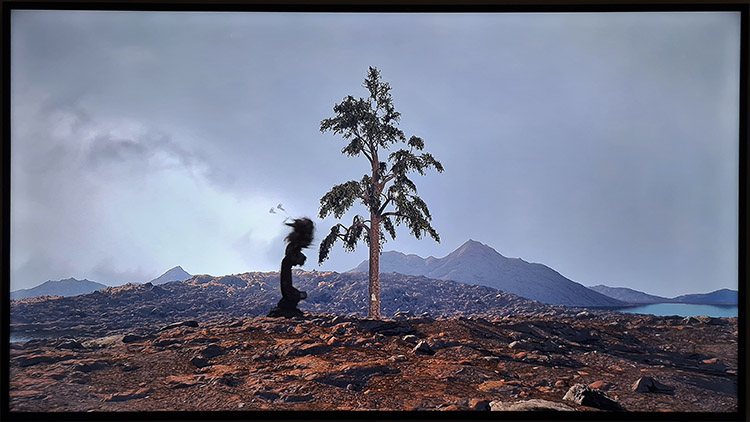 The lack of emotion, from now on, would no longer be reserved for robots who excel in this matter to the point that they could take over from us when we are in the grip of remorse in our relentless pursuit of destroying the planet. This is the starting premise of the animated work Terminal Beach by the London collective Troika. When there is only one tree left on earth, an industrial robot so well trained by humans to cut trees, would try to cut it down. Note that the powerful robotic arm is clad in fur, evoking the human in its ancestral animality. When the despair of scientists is great, the cynicism of artists is absolute. Although the message of this disaster scenario is such as to encourage us to reconsider the possible consequences of our collective inaction. 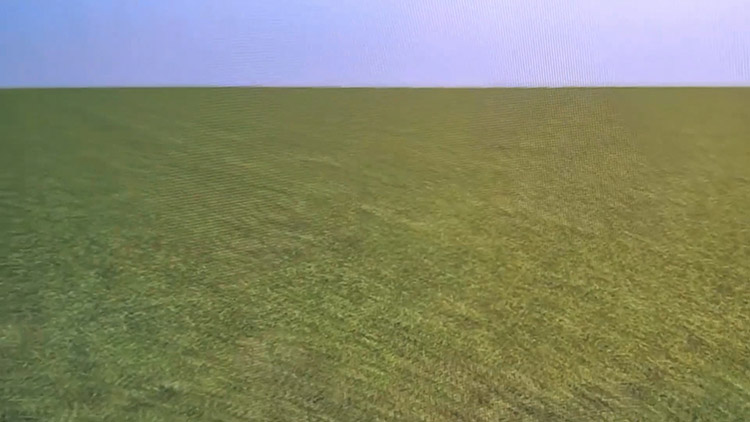 As the three curators of this exhibition, Sabine Himmelsbach, Ariane Koek and Angelique Spaninks, point out, "emotions are the core of human experience", but they only consider them through the filter of technology that contaminate them to the extreme. Dani Ploeger proposes an extreme experience with his virtual reality apparatus The Grass Smells So Sweet. At first glance, this is a conceptual work considering that the grass is no greener in his world than it is on the ground of his installation. At most, we are deprived of a body that we will have to part with one day. But suddenly something happens that the public could have anticipated on reading the testimonies collected by the artist. For they come from people who have survived being shot in the head. Which again brings us back to the cinema and video games, where this type of action inevitably triggers adrenaline rushes. All the creations in this exhibition invite us to consider emotions when they are in close proximity to the technology that either represent or control them.

September 25, 2020 - Written by Dominique Moulon and translated by Geoffrey Finch.